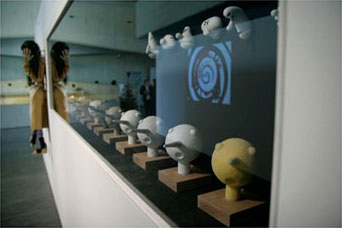 In 1981, a group of young people in the locality of Albaida (Valencia) with a desire to tell stories (Vicent Vila, Ester Segrelles, Lali Vicent and Jaume and Josep Policarpo) began meeting in the attic in one of their homes and decided to tell these stories with a puppet theatre. Thus was born Bambalina and on October 5 of that same year they premiered two short pieces, The Little Prince and The Selfish Giant. Since then they have opened more than 25 shows and have toured more than 30 countries.

Bambalina’s work is centred on various fronts. One of these, and possibly the most important, is that of breaking the concept of children’s theatre when talking of puppet theatre. As Juame Policarpo says: “the puppet helps us to recover the everyday magic of the things that disappear when we stop being children”. That is why the burden of experimentation and investigation in their shows is fundamental, as is the integration of other arts, music, dance or the plastic arts.

Aware of the difficulties of creating an exhibition of an art in which speech, movement, music or light are fundamental, we wanted to emphasize two aspects: one, the plastic aspect of the puppet theatre and two, in the “project” part, i.e. in the processes that ultimately define a show and a way of narrating. And so the stars of this story are the puppets, these inanimate beings, made of wood, papier-mâché, cardboard, latex or styrofoam that, through the actor-handler’s speech and movement, acting as a shaman, are converted into the dramatic vehicles for communication and into storytellers.
For their commitment to puppet theatre, for their career as a stable professional group and their international dimensions, when one talks of the last 25 years of puppetry in Valencia one has to talk of Bambalina and, the other way round, talking of Bambalina is to talk of 25 years of puppet theatre in Valencia. 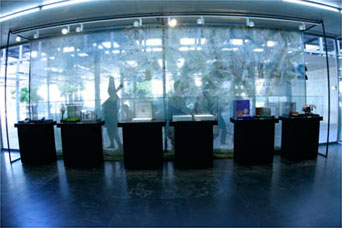 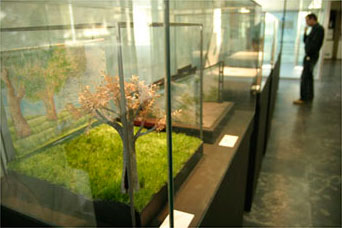 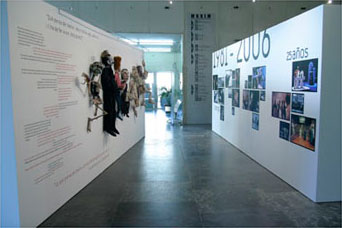 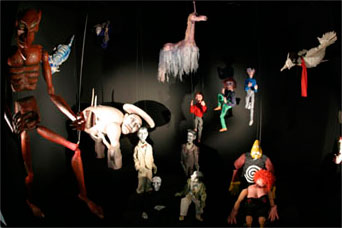 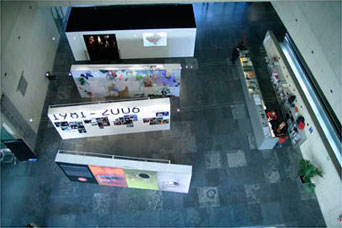 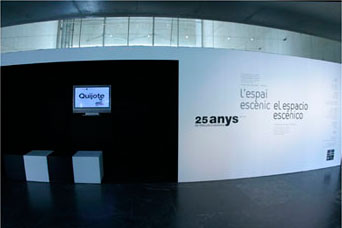